This was something I made with my little brother for 4th of July. It was delicious. We called it the “‘Mericka Burrito.” But I got to thinking about it, and while it’s undeniably American, there is definitely a Mexican twist to it. But even though burritos and hamburgers have fought in the past for hand-held food supremacy, nowadays they seem to get along much better (unless of course you’re into a guy named Trump), and in Southern CA where I’m from, American and Mexican culture are invariably linked. So, here at The Devour Hour, we commemorate our past with a look to the future. A future full of burritos.

This is a cheeseburger with fixin’s, a hot dog, and a spicy tomato relish, all wrapped in a warm flour tortilla. The Mexican-American War Commemorative Burrito. 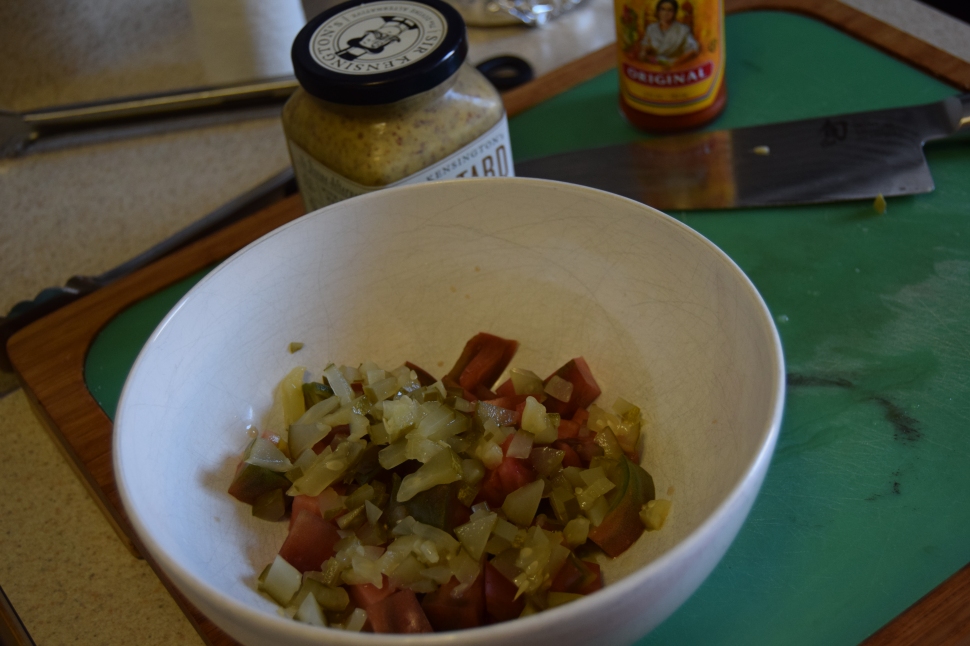