This post (by me) originally appeared on Food Republic.

As Bart Simpson once famously wrote on a school chalkboard, “Beans are neither fruit nor musical.” Don’t let these facts dissuade you, though — beans are still great, as well as a nutrition-packed dietary staple for a large portion of the world. Some estimates place the origins of legume cultivation and consumption as far back as 20,000 years ago. Some forms you’re likely very familiar with, but there are a ton of varieties, many more than I could possibly get into here. What’s more, the word “bean” can be widely applied to some very different things (green beans, peas, etc.), but today we’re going to stick to some of the most popular dried varieties.

If you live in the U.S., the dozen listed here can likely be found at your local grocery store. Most of these beans are all technically members of the same species and share a lot of the same DNA — their differences stem mostly from selective breeding and historical population bottlenecks. These are typically classified as “New World beans,” because they originate from the “New World” (i.e., the Americas). But don’t worry, I’ve got some Old World beans in the mix for you, too. Beans for everyone! 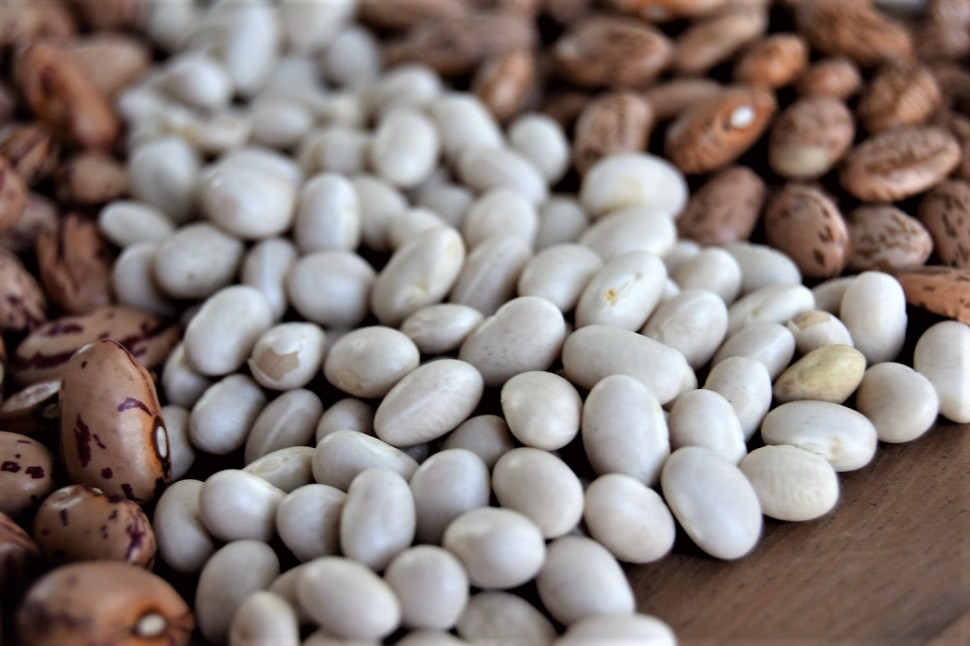 One of the “common” beans, these are small, white and slightly flat with an oval shape. Also known as pea beans or white pea beans, the term “Navy bean” came from the fact that the U.S. Navy relied heavily on these to feed sailors in the 19th century. These are considered to be one of the healthiest beans, and are often used in pies, baked beans, and soups. 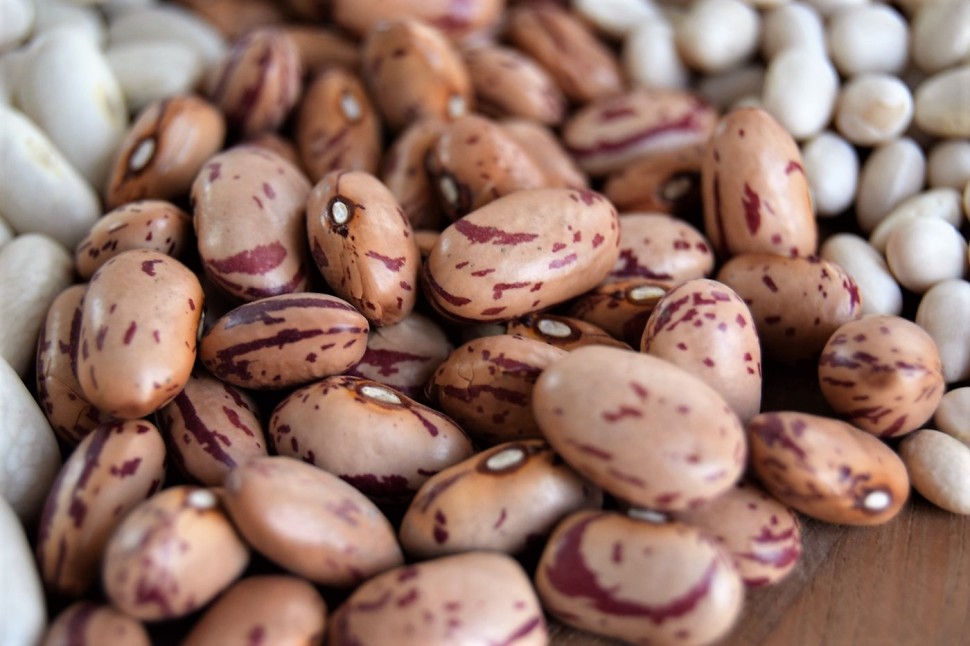 These were first bred in Colombia as cargamanto beans and have since been widely adopted and cultivated in Italy. They are also referred to as borlotti beans, Roman beans, saluggia beans, and rosecoco beans. These have become common in Mediterranean cuisine, and while they look sort of like pink pinto beans before cooking (and basically like pinto beans after cooking, when they lose their pinkish hue), they differ in flavor, being a little lighter and nuttier than pinto beans. 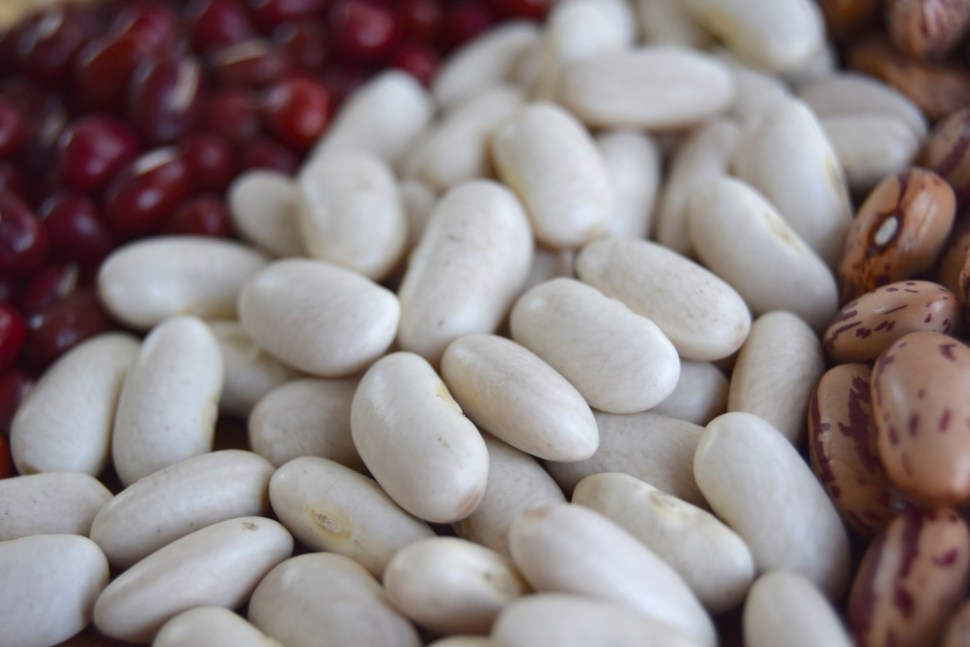 These are white kidney beans, commonly used in central and southern Italian cooking. These, like red kidney beans, have high levels of a specific toxin called Phytohaemagglutinin (also known as kidney bean lectin) when raw. To rid the beans of toxins, you need to pre-soak, then boil them for at least 10 minutes, though the FDA recommends no less than 30 minutes to be on the safe side. If you’re using these in a slow cooker, make sure you use pre-cooked canned beans, or cook the beans separately first, as the lower temperature of a slow cooker can actually increase the level of toxins. 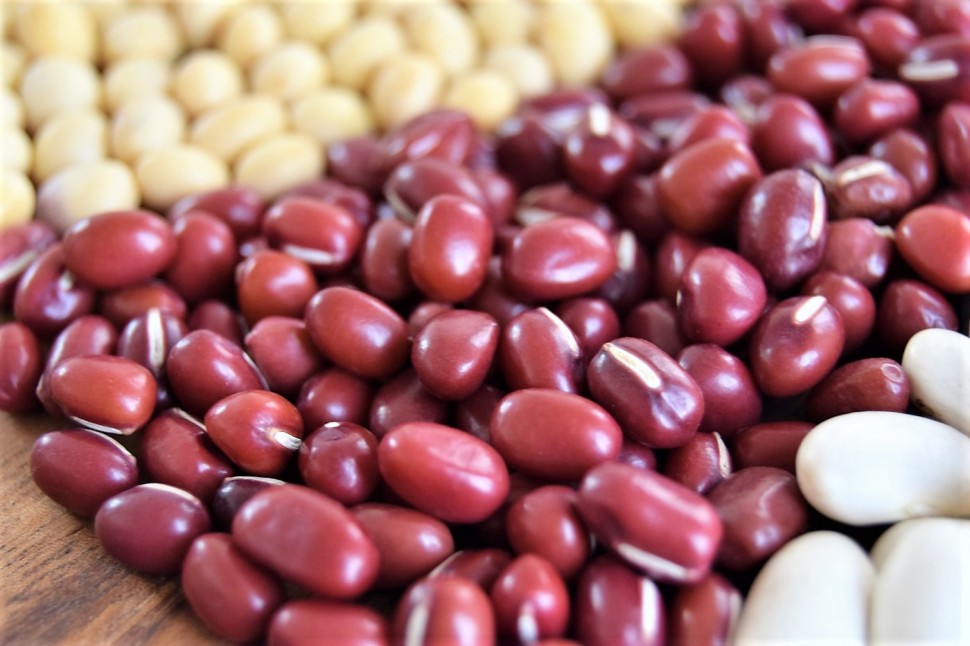 Often mistaken for red kidney beans, these are actually not a New World bean at all: They originated in East Asia and were crossbred with a Himalayan variety to create a sturdy hybrid. They are however, very similar in appearance and feel to common New World varieties. If you’ve ever had anything filled with or flavored with red bean paste, boiling these beans with sugar creates that paste. These are also sometimes called “small beans,” with soy beans being the counterpart “large bean.” 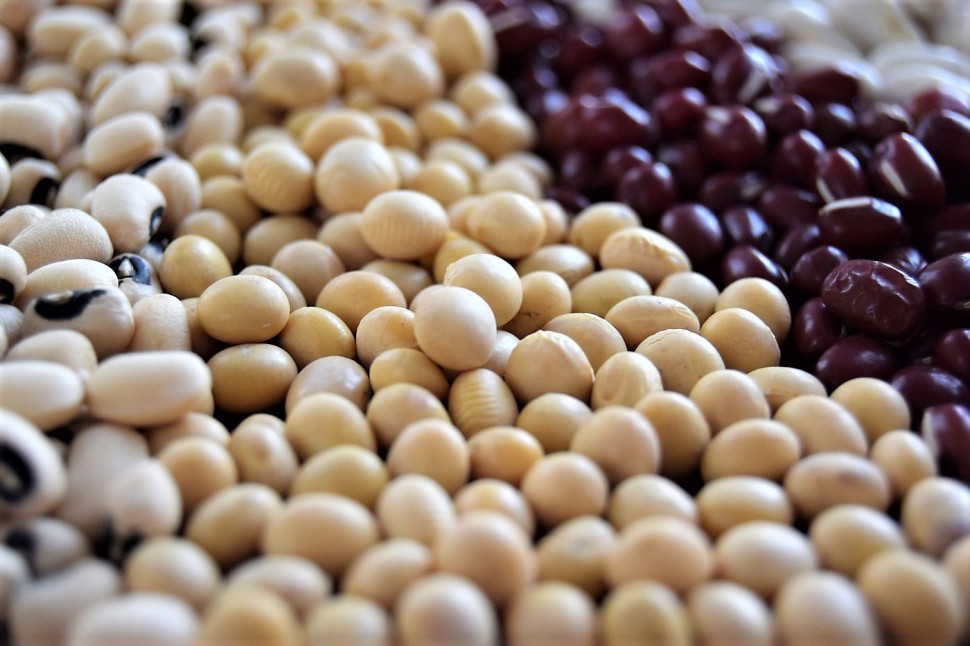 While these are technically a legume, they’re classified slightly different from most others, and are considered an “oilseed” by the UN Food and Agriculture Organization. This may be one of the most versatile crops in history, one that provides more protein per acre than any other crop. Soybeans are not really eaten as is, unless the pods are still immature (edamame). Many of the food uses of soybeans include some manner of processing, but “processed” is not necessarily what it means to many people today, as people have been making Asian food staples like soy sauce and tofu for a long time. Other food applications include soy milk, tempeh, textured vegetable protein, soy flour, soy oil and many others. 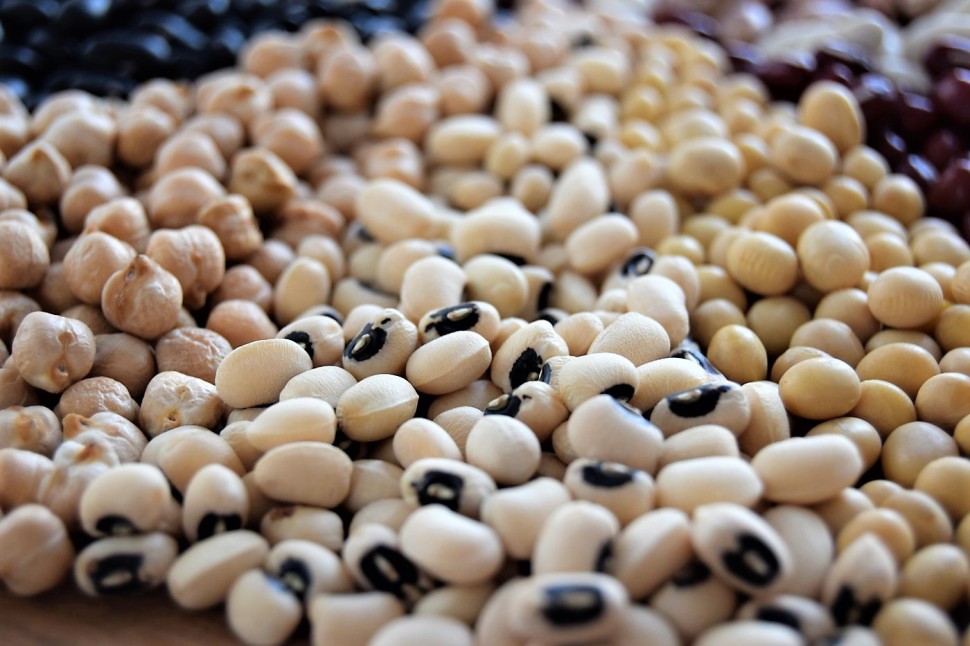 Also known as black-eyed beans, this legume’s genus was once classified similarly to New World beans but has since been modified. These beans originate from West Africa and have since become a prominent part of Southern American cooking; if you’re not eating black-eyed peas on New Year’s Day in the South, you clearly don’t know what you’re doing (or so I’ve been told). Most of the commercially available beans are California Blackeyes (shown here), but if you’re in the Southern United States you’ll see a wide variation in varieties, many of them heirloom. 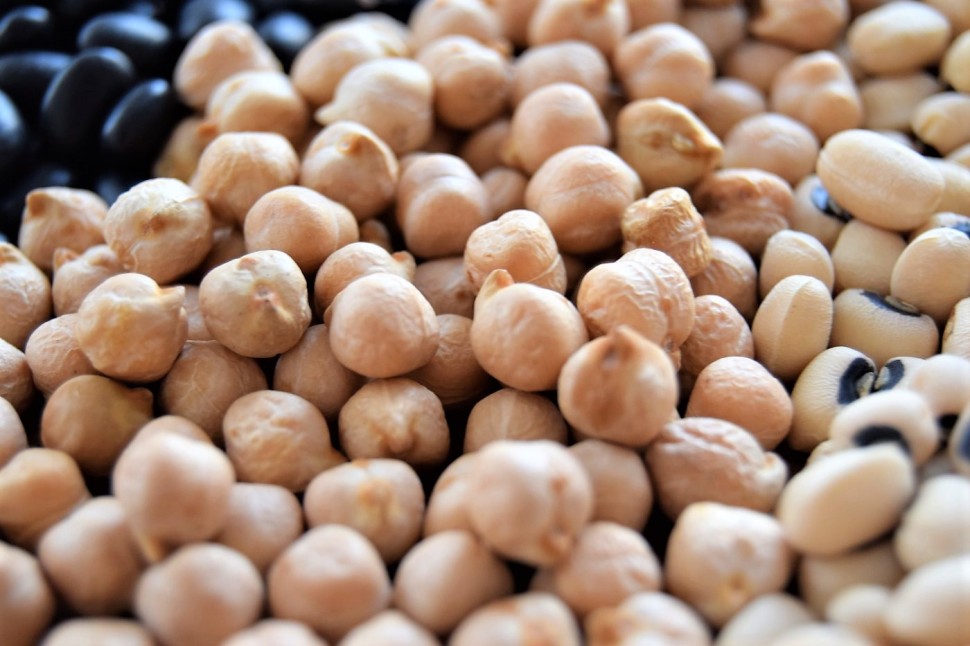 Also commonly known as chickpeas, these came from the Middle East originally and were one of the first legume crops to be cultivated, with evidence of cultivation dating back to 7500 B.C. These are what hummus is made from, and chickpea flour has been used in various food cultures for ages. From the Phillipines to India to Portugal, many regions have their own long history with the garbanzo bean. 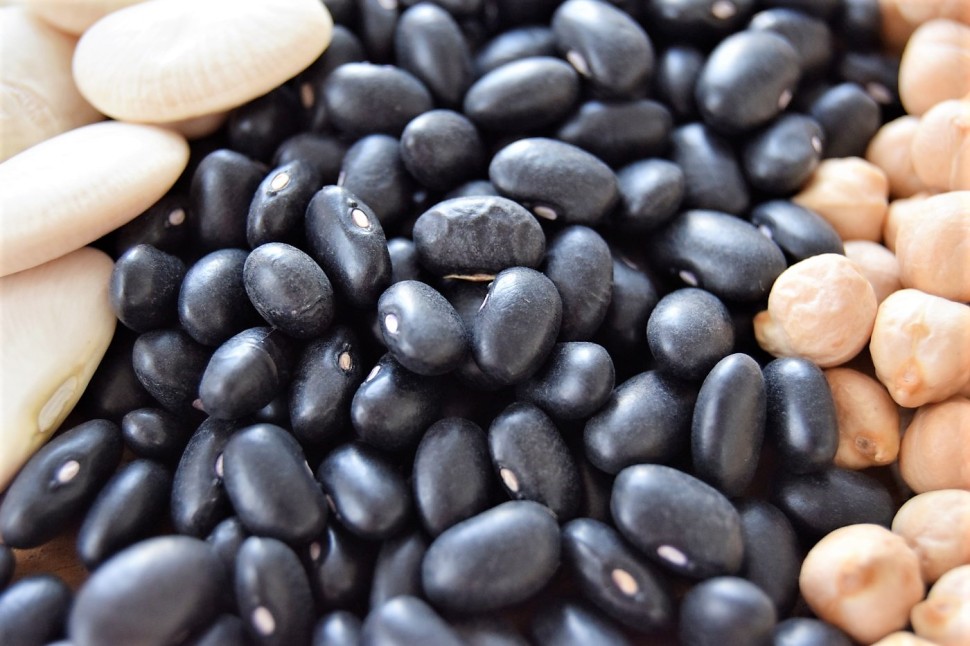 Also known as the black turtle bean, these are a staple of many Latin American diets. They have a meaty texture, high protein content, and plenty of fiber, making them a favorite bean for many vegetarians. These are one of my favorite varieties to eat, and I highly recommend this recipe for them (I make these once a week at least). 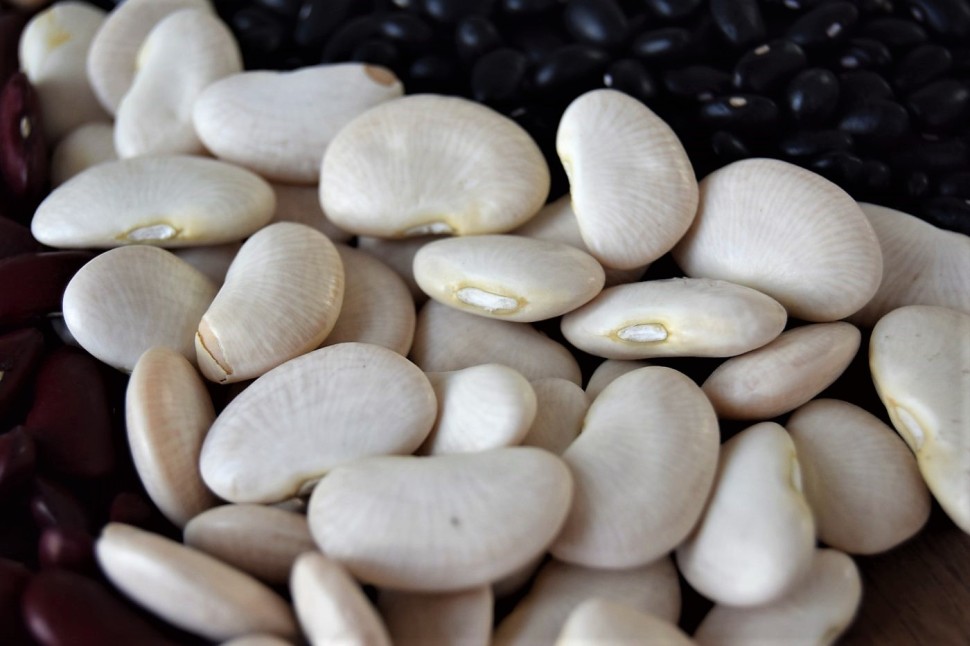 Let’s be honest, you just pronounced that in your head as “LYE-ma,” and you’re not necessarily wrong, as most people call them that. But did you know these beans got that name because they are originally from the Andes near a little place called Lima? That’s right, it should be pronounced “LEE-ma beans.” At least in theory, of course. I don’t think anyone is about to change the common way of saying it, but you can now tell people they’re wrong about a thing if you want. Anyway, these are also known as butter beans or sieva beans (slightly smaller) and can be found fresh or dried. This is another toxic variety that needs to be soaked and boiled before consumption. There are stories of people subbing in lima bean flour for chickpea flour in fried food and then getting serious food poisoning because the toxins were not properly extracted. In some areas, butter beans (sieva) and lima beans are seen as distinct varieties. 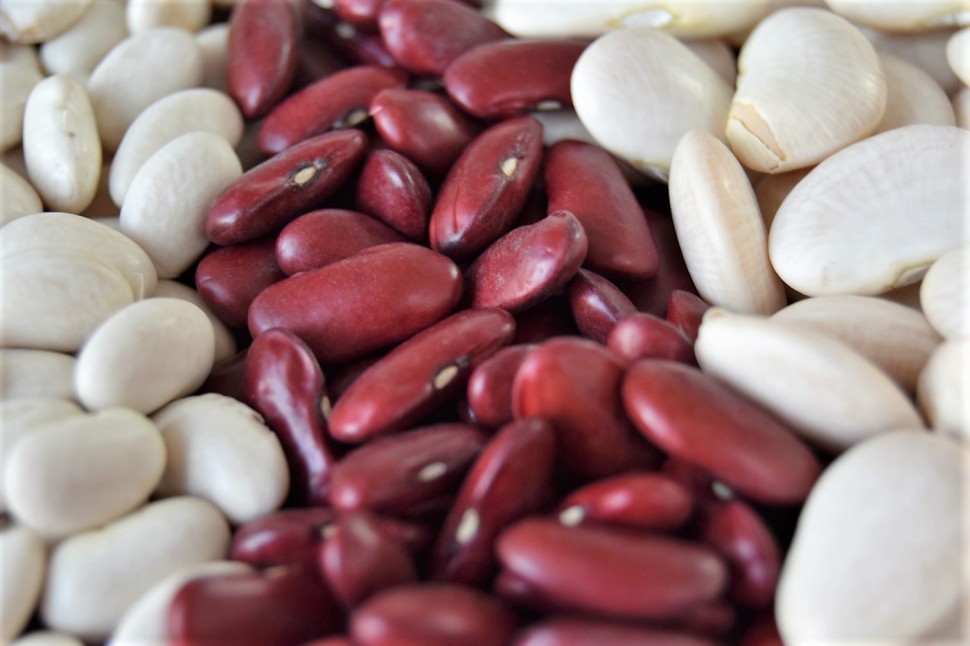 These are called kidney beans because, well, they look like kidneys. Red kidney beans are common in Indian cuisine, Cajun and Creole cooking, and they’re also used in a lot of American-style chilis. These, like their white counterparts, have high levels of a specific toxin when raw (see above under “cannellini beans” to find out how to reduce the toxins to an edible level). 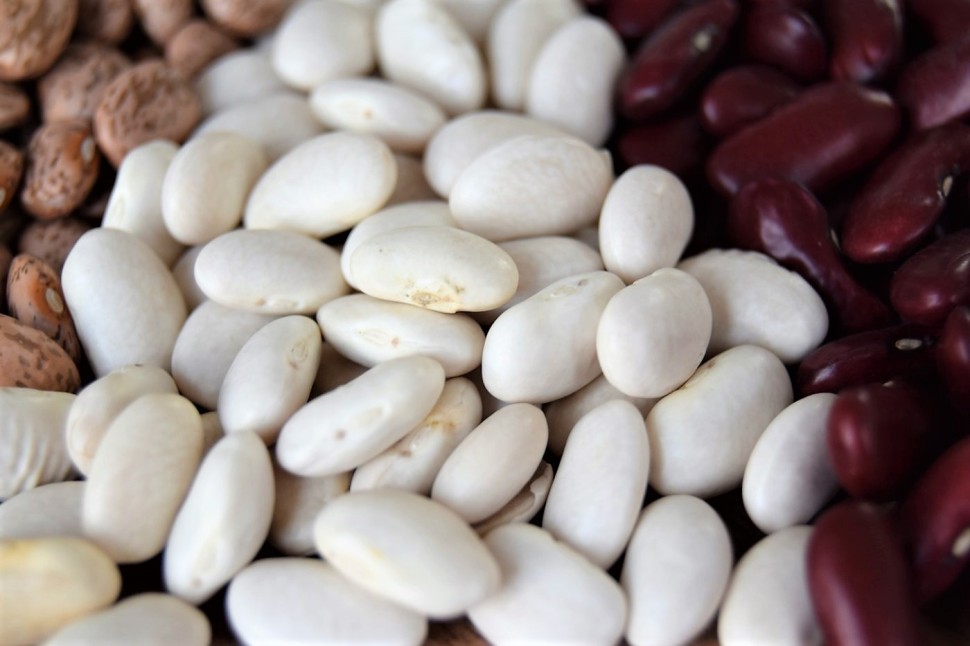 Another common New World bean, these can sometimes be confused with both cannellini and Navy beans. These are smaller than cannellini but bigger than Navy and resemble small lima beans in shape. They can be a little grainy in texture, but they have an intense nutty flavor compared to the other two white varieties. 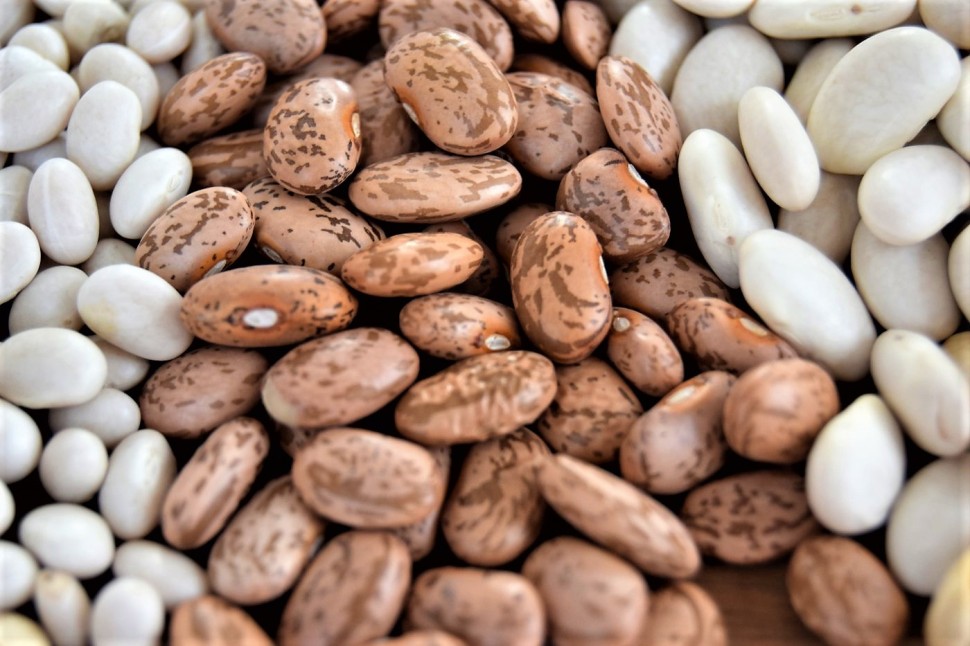 The most popular and widely used bean in the U.S. and northern Mexico, these are what go into your refried beans. These are a good source of protein and historically have been relied upon when meat has been scarce, like in winter months. The combination of protein and the right amino acids makes it a “complete” protein source.